ANN ARBOR, Mich. – When patients with glaucoma switched from a brand name drug to its generic counterpart, they were more likely to take their medication as directed compared to those who remained on the brand name drug, according to a study published online in Ophthalmology. 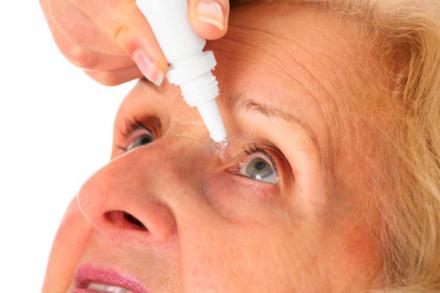 Researchers at the University of Michigan Kellogg Eye Center and College of Pharmacy studied medication adherence rates 18 months before and after the first generic prostaglandin analogue (PGA) glaucoma drug became available in March 2011.

Although failing to take glaucoma medication as prescribed can result in loss of vision or even blindness, many patients struggle with adherence, says Joshua D. Stein, M.D., M.S., glaucoma specialist and health services researcher at the U-M Kellogg Eye Center.  Among the barriers, eye drops can be difficult to use, medication regimens may be complicated, and patients may not understand the consequences of poor adherence.

The study suggests that the high cost of copays for brand name drugs is a deterrent.

“Some of my patients take as many as three or four different classes of these medications, and a number end up paying as much as $100 out-of-pocket every month for their medication,” says Stein.

The report drew on a nationwide healthcare claims database to study 8,427 patients with open-angle glaucoma who were 40 years and older and were taking PGAs, one of the most commonly prescribed class of drugs for glaucoma. All patients in the study had health insurance.

The Michigan researchers found that black patients had decreased adherence compared to white patients, a concern because blacks tend to have more severe disease and often require a more complex medication regimen. However, a subset of blacks—those who switched to the generic drug—had a substantial improvement in adherence compared to blacks who remained on brand name products.

Stein observed that a sizeable group of patients—612 individuals or 7.3 percent of the study group—simply discontinued use of treatment altogether at the time the generic drug became available.  While it was not clear why this occurred, the researchers urge clinicians be alert for patients who stop taking their medicine, which can cause worsening of the disease and the need for costly surgical or medical treatment in the future.

“If clinicians suspect that a patient is struggling with medication adherence, it may be a good idea to switch them from a brand name to a generic drug,” advises Stein, who is a member of the U-M Institute for Healthcare Policy and Innovation.  He also encourages patients to ask their doctors if a generic alternative is available and appropriate for their circumstances.

Funding:  Supported in part by the National Eye Institute, National Institutes of Health (K23 Mentored Clinician–Scientist Award); and a Physician–Scientist award from Research to Prevent Blindness